Stainless steel is an attractive material for a variety of applications, usually due to the corrosion resistance and strength but sometimes also for aesthetics. However, designers that are new to stainless steel can find the choice of grades confusing. Alistair Rae provides an overview of the different types, typical applications and recent developments. 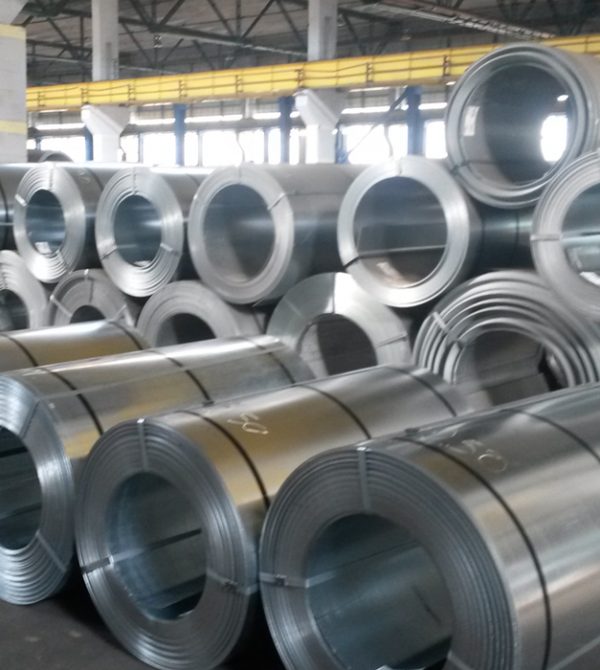 Virtually everyone comes into contact with stainless steel daily, if only in the form of cutlery. For engineering applications, however, stainless steel is considered to be more of a specialist material, and only used where essential. This is because it can be difficult to machine compared with carbon steels and aluminium, and more costly to purchase.

On the other hand, for some applications – such as those in the food, pharmaceutical and chemical industries – the use of stainless steel is all but essential because of its corrosion resistance. Those design engineers not familiar with stainless steel can soon become confused by the different types and grades, and it is important to select the correct grade in order to create a satisfactory design that can be manufactured at a reasonable cost.Stainless steel differs from carbon steels primarily in its chromium content of at least 10.5 per cent by weight, though adding up to 26 per cent can increase corrosion resistance in harsh environments. The chromium forms a thin passive layer of chromium oxide on the surface of the steel that prevents surface corrosion from progressing into the metal. Should the oxide layer become damaged, it repairs itself quickly by virtue of fresh chromium becoming exposed and oxidised.

Stainless steels are often classified in terms of their crystal structure,
– Austenitic. Known as the SAE 300 series (chromium-nickel) and 200 series (chromium-manganese) stainless steels, austenitic grades are the most commonly used. They contain a maximum of 0.15 per cent carbon and a minimum of 16 per cent chromium, plus small amounts of nickel and/or manganese to ensure that the austenitic structure is maintained from cryogenic temperatures up to the melting point. The addition of 6 per cent or more molybdenum, plus nitrogen, results in superaustenitic stainless steels (in the 600 series), which exhibit improved resistance to pitting and crevice corrosion, and a higher nickel content gives better resistance to stress-corrosion cracking.
– Ferritic. This type of stainless steel has from 10.5 to 27 per cent chromium by weight and little or no nickel. Other alloying elements can include molybdenum, lead, aluminium and titanium. While ferritic grades generally have better engineering properties than austenitic grades – such as good ductility – the corrosion resistance and weldability is less good. Applications for ferritic grades include cooking utensils, electrical enclosures, domestic appliances, automotive exhausts and highly polished automotive trim.
– Martensitic. With lower corrosion resistance than austenitic or ferritic stainless steels, martensitic grades nevertheless benefit by being strong, tough, readily machinable and can be hardened by heat treatment. Chromium content is typically 12 to 14 per cent, with other alloying elements being molybdenum, nickel and carbon. Cutlery is made of martensitic stainless steel due to its hardness and the ability to produce a polished surface and an edge that stays sharp.
– Precipitation-hardening martensitic. Compared with conventional martensitic grades, precipitation-hardening martensitic stainless steels can achieve higher strengths, with corrosion resistance that is similar to that of austenitic grades. Typically precipitation-hardening martensitic grades (which are designated the 600 series) have 17 per cent chromium and 4 per cent nickel content. Applications for these grades include equipment used in the paper industry, turbine blades and aerospace components.
– Duplex. As the name suggests, duplex stainless steels have a mixed microstructure containing both austenite and ferrite in roughly equal proportions. Strength is approximately twice as high as austenitic stainless steels, and duplex grades also benefit from improved resistance to pitting, crevice corrosion and stress-corrosion cracking.
– New developments. Given the diversity of applications for which stainless steels are suitable, it is not surprising that producers are continually developing new grades to meet the needs of particularly demanding applications.